What I’ve accomplished since last check-in:

Today was a mixed bag. I almost got hit while backing out of my parking spot at home and then the same guy almost hit me again when he decided to drive backwards at full speed to ask directions! I arrived at the parking lot across from my work to find the city had removed a large amount of snow allowing people to cross the street and access the sidewalk from any point rather than having to climb a mountain of snow. That was nice! My wi-fi connection broke at work, but then was fixed properly. As I’ve had trouble with it on numerous occasions, it seems we figured out the root cause today and of course it was something simple. A checkbox was screwing things up. I get an email today informing me I have to have my 2015 objectives done by Friday. The email is dated February 4th, so I’m surprised I didn’t see it before now. Maybe I was busy doing work. My one project has a new direction that may let us do what we’re aiming to do for $300 instead of $12,600. My home network seems to be up and down for Internet connectivity, which is bad for catching up on TV, but good for my writing.

So, I used a hydraulic jack yesterday for the first time, which is a little surprising given that my dad is a retired expert mechanic. I needed to jack up my bed so I could put it on anti-slip rubber stoppers. I could have had a friend help probably, but the jack cost $15 and now I have a little jack for my car in case of emergency. Hydraulic jacks are weird. In order to raise something, the valve has to be tight to force the piston up. That’s fine. In order to lower it, you have to open the valve, which spits out oil. I now understand why every garage has so much oil on the floors. I used to think that oil changes were the cause, but nope. I’m surprised with all the innovation in the world that jacks spit oil out onto the floor in order to lower. It seems silly to me. Maybe I’m wrong and only cheap jacks work this way.

Maybe I should do less things. I’m having trouble figuring out titles and tags for blog posts. 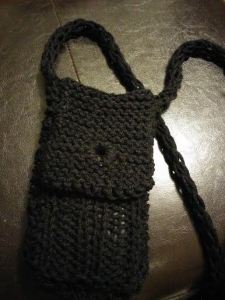 5 thoughts on “Research mode plus a mixed bag”